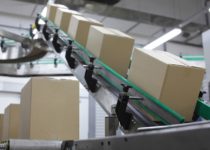 Corporations across the world are constantly striving to increase efficiency and cut costs in an attempt to increase profits. Ever since the introduction of automation in factories in the 1960s, workers have found their positions being taken by machinery. But as automation spreads, what happens when more and more workers within the logistics industry find themselves struggling to find employment as businesses realise the benefits that automation can bring?

Technology is currently one of the worlds’ fastest growing industries with vast amounts of money being poured into research and development every year. As a result, inventions that might have never been thought possible have become reality. With driverless cars already hitting the streets and hyper-intelligent AI becoming more and more prominent, it is impossible to ignore the tech-fever that is gripping the world.

Automation was first introduced in the 1960s as a means to increase efficiency in factories when robotic arms began replacing workers in an attempt to speed up production and cut costs. Many companies choose to opt for automation as machines can work continuously at a much faster rate, only needing an occasional repair and basic maintenance, this allows them to reduce their running costs and increase output.

The logistics of it

Warehouse automation conventionally relies on bar codes or RFID tags which contain information about the product inside as well as when and where it needs to be delivered. By using an advanced computing system, the technology can precisely locate any item in the warehouse and prepare it for distribution. By removing the need for workers to manually find, pick and prepare the item, logistics companies can significantly accelerate the whole process and remove the potential for human error.

What could this mean for us?

The mass adoption of automation has the potential to revolutionise the logistics industry, possibly resulting in a boom in production and a reduction in the price of many essential goods. It could also bring a rise in unemployment for low-skilled roles – however the implementation of these new technologies would likely create some new, different roles instead. This would encourage flexibility in the workforce as workers could be retrained to fill the new roles.


next post: Are drones and driverless vans the way forward to replace delivery drivers?
MENU